My name is Sasha. I was found roaming in Artesia, and was picked up by Paws and Claws. They are a very small shelter, and I was going to be euthanized within days. Siberian Husky Rescue of NM got word of my fate and intervened. They sprung me, and took me to Pet Paradise, a boarding kennel just outside Alamogordo where Dawn took good care of me. SHRNM was trying to arrange for a foster home for me when my new owners got word of a “mellow 3 year old woolie.”
Things were complicated because my new owners were also trying to get Clyde from SHRNM. They drove to Carrizozo where Dawn met them with me, and then to Albuquerque where Steve Estep of SHRNM met all of us with Clyde. My new owners also had an old Siberian, Tara. I was very playful, and Clyde put up with me but my owners wouldn’t let me jump on Tara and I got very vocal and insistent, and they didn’t think that they could keep me. SHRNM was full, so I was banished to a boarding kennel in Santa Fe. Imagine that! And they kept Clyde!

Well, Clyde is a very nice dog, but he just wasn’t the right dog for my people. They decided to return him, but had to drive right past the kennel in Santa Fe on the way home. They really liked me, I could tell, and it broke their hearts to return me to Alamogordo! In the meantime, they remembered about spray bottles, and decided to give me one more chance. After a few full face sprays when I got too assertive with Tara, I began to figure out what it would take to fit in around here.

Oh, yes. The joke’s on my new people! I’m not 3 years old – I’m not even 1 year old yet! For my age, I am usually pretty mellow, though. Most of the time. I do like to chew and nibble…

Tara and I were getting along pretty well; I think she even liked me some. Unfortunately, she passed away before I got to know her very well. Maybe my people will get me another Sibe sometime! 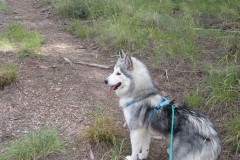 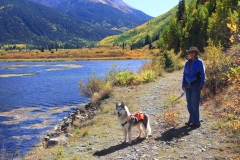 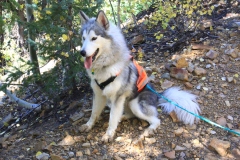 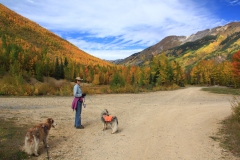 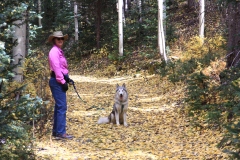 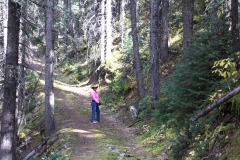 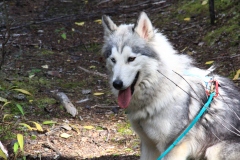 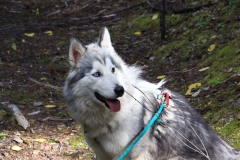 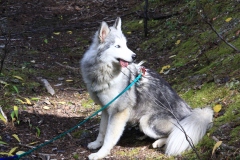 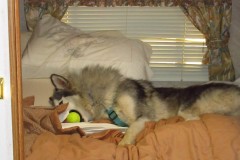 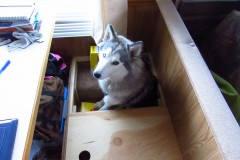 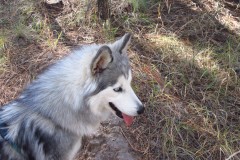 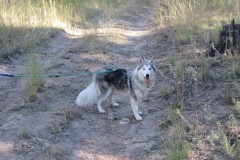 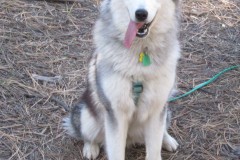 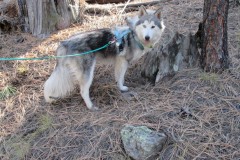 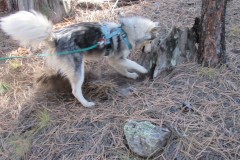 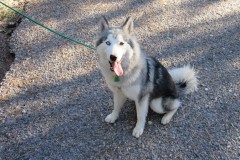 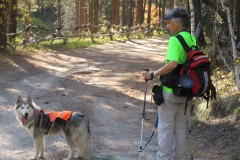